This book from Al Azhar and its feeble claims are the height of irony and psychological projection, coming from the most respected Islamic university in the world, whose false religion was spread primarily by the sword and bloodshed, whose "prophet" personally beheaded hundreds of men, advocated the use of deceit against unbelievers, and was certainly of a depraved character, if not outright demon-possessed. The fruits of Islam's founder can be seen all around us today. This is much of what I present in my book, Facing Islam.

One of Islam's leading figures recently admitted that Islam needs war-like threats — including the death penalty for apostasy — to keep its devotees in line. Yusuf al-Qaradawi, head of the Muslim Brotherhood and one of the most respected leaders of the Sunni world, recently stated on Egyptian television, "If they [Muslims] had gotten rid of the punishment [often death] for apostasy, Islam would not exist today."

That is the very definition of a failed religion! One which rules by fear and intimidation, requiring war and bloodshed to spread, and the death penalty to keep its followers from rejecting its false claims.

Don't take my word for it; I'm just a lazy sinner. Here is an excerpt from a divinely-illumined father of the Orthodox Church, St. Gregory Palamas, who, having been abducted by the Muslim Turks (just as Muslims kidnap Christians today, including clergy), spoke fearlessly to them of the falseness of their prophet and religion at the risk of his own life:

As for Muhammad, we do not see that the Prophets bear witness of him, nor do we have the witness of him performing any miracles and noteworthy works...

Now if the Prophets had something good to say about Muhammad, they certainly would not have neglected to do so. We do read, however, that many false christs and false prophets will come to deceive many [Mt. 24:24, Mk. 13:22]. Wherefore, He [Christ] said to take heed and not be deceived [Lk. 21:8]...

It is true that Muhammad started from the east and came to the west, as the sun travels from east to west. Nevertheless he came with war, knives, pillaging, forced enslavement, murders, and acts that are not from the good God but instigated by the chief manslayer, the devil. 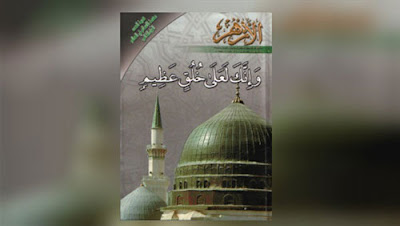 Al Azhar—arguably the Islamic world’s most prestigious Islamic university—continues to incite Egypt’s Muslims against Christians. Most recently the university was exposed distributing a free booklet dedicated to discrediting Christianity, chock full of direct attacks on Christianity in general and the nation’s Coptic Christians in particular.

Christianity is referred to as a “failed religion,” while Islam is hailed as the true and superior religion.

Because the “seeds of weakness” are inherent in Christianity and the Bible, says the booklet, Islam was easily able to supplant it in the Middle East.

If you would like a very current example of precisely why Christianity triumphs daily over all the onslaughts by the most fanatical and violent Muslims, see this article on how families of the new martyrs under the Islamic State are forgiving their enemies and praying for the True God to touch their hearts and lead them to repent and come to know Jesus Christ.

No evil, not even Islam, can defeat that kind of love and witness to the Truth!