New Martyrs of Libya added to the Coptic Synaxarium 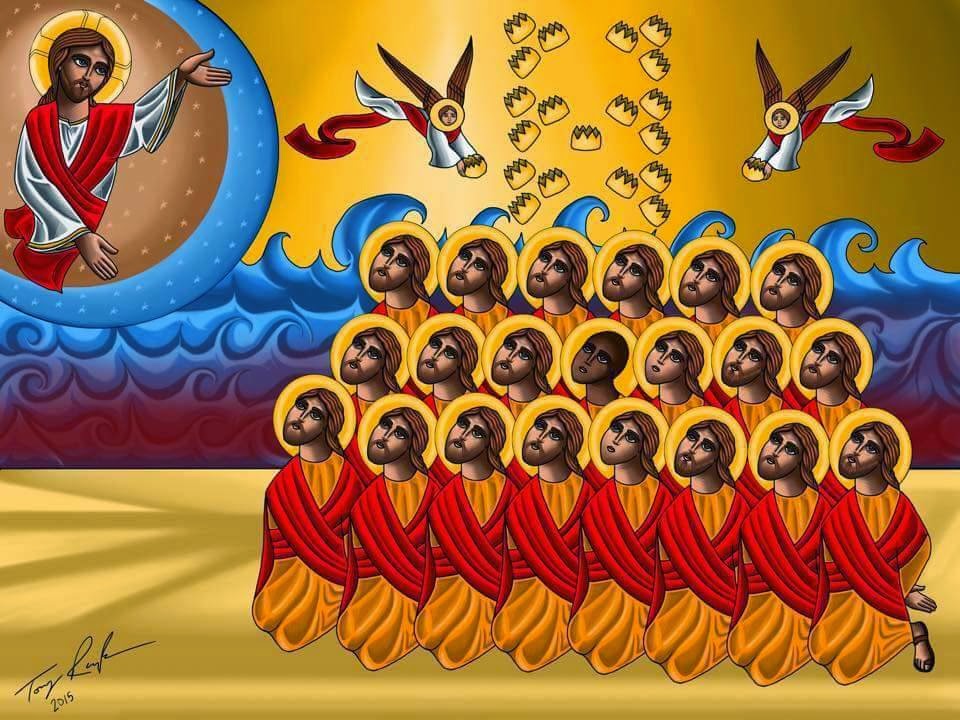 His Holiness Pope Tawadros II announced the inclusion of the 21 Coptic New Martyrs of Libya in the Synaxarium of the Coptic Orthodox Church today. Every year, they will be commemorated on 8 Amshir in the Coptic calendar, which corresponds to 15 February in the Gregorian calendar, the same day as the Feast of the Presentation of our Lord in the Temple.

This beautiful icon, which is also featured on the diocese front page, was drawn by Tony Rezk. May the Lord reward his talents.


Remember these Holy New Martyrs in your prayers, and ask them to intercede for us!